The 4th was out as the Boston Pops perform their annual concert on the Esplanade. Then, a movie was being filmed on the site. What a process! Finally, I was able to get a permit for this date and the snow. So I had a guy build a ski slope with a family of stuffed bunnies perched on it. Such a romantic, our Tucker. Who knew!? Link to Pictures. Posted by Lea at AM 7 comments:. Labels: wedding proposals. Wednesday, July 20, Into the World.

She presses the leaves open so, together, we can look at temples, lichened stone gateways carved with blank eyes and broad lips, and pillars bound by sinuous, elephant-leg-thick vines.

poisoned bluestripe the machine and her mahout Manual

My daughter is planning a four-month trip. She says she needs to throw her life up in the air and see what comes down, and I get it — I felt that way when I turned fifty. I understand the lure of a mysterious, ancient place such as this, but I wish her life-tossing could happen close by, at least someplace closer than Asia. As she talks about visas and inoculations, elephant orphanages and tiger cub snuggling opportunities, I want to hold her close and keep her here. For her, this is the time for such a trip and I want all that it promises for her.

I just want her to be safe. But it has been a long time since I had any control over her safety. Actually, given the circumstances of her birth, I never had control over that.

Not the usual topic in some circles, but I was seven and a half months pregnant, and we all had toddlers, so talk was often about bodily functions, diaper rash, stool consistency and runny noses. While we chatted, we watched our kids, Tucker, Molly Beth and Nikki, playing in the yard of the school where we all lived and worked.

Suddenly, I felt a trickle down my leg. I was chagrined, but not surprised - unwanted and unexpected physical sensations had become commonplace over recent months. I had to laugh. From my reading, I assumed birth was imminent. Tucker stood tearfully by the bed, still zipped in his brown corduroy jacket.

But I was wrong.

The baby did not budge. According to Dr. Hoffman, my obstetrician, that was a good thing: the longer the child had to mature in utero, the better. But the sterile protection of the placenta had been breached, so the doctor had me admitted to the hospital to stay until labor commenced. No germs there, right? Despite my robust health, I was quarantined in the maternity ward in order to keep me as germ-free as possible. Other than my husband, Dave, I was not allowed to have guests.

Maybe the germs found me as I stood among those strangers admiring their infants. Or maybe they found me while my room was cleaned by The Crazy Lady. She always wore a pale pink shirt-waist uniform and rarely spoke. She set down her bucket, dipped the mop, and swabbed the floor, sniffling and coughing a lot, but saying nothing. Out in the hall, a nurse passed the door to my room and spotted her. While a blessing in many ways, they can be tricky. 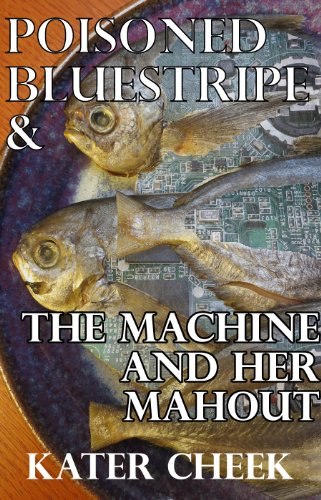 Never have I been as sick as during that stay. I would have refused them if I could, but I needed to breathe deeply, easily and energetically, once labor began. When would that be? Three weeks passed and still not a twinge. Dave had brought in my sewing machine, scissors and a supply of gingham and calico fabrics to help pass the time. I cut out squares of blue, yellow and green, arranged pleasing patterns on my bed, and made bumpers for the baby carriage and a full-sized patchwork quilt for Tucker.

I was frantic to go home to my boy. It was too late for their officer's command. They waited nervously. Meanwhile, the Arakanese intruders, who had swarmed all over the vessel, went about silently annihilating the unsuspecting gunners.

The loud thud of the three vessels colliding was deafening. The two enemy vessels had sandwiched the Morning Star between them. Several pirates with cutlasses and muskets were flying in through the riggings from both sides. Little wonder then that he wanted everyone killed. Besides that, he had focussed targets: gold and women. He ushered in three of his confidants and ran down with a pistol in his hand. Poor Bosky was no ferocious rottweiler. He was merely a good-natured labrador. The Arakanese immediately lifted his dagger to kill Bosky.

Bosky had to go out into the open for fresh air. He sneaked past the Arakanese and shot upstairs. D'Costa searched for the keys to the armoury and safe and was glad to find them dangling from the captain's neck. He cleared the debris to look for the safe. Clayton involuntarily made a small movement in his comatose stage. Marques eyed him and noted with satisfaction that the loss of blood could not revive him anymore. But, in his trade, no one took chances and he, after all, was a reasonable man.

Marques could now open and gain entry into the anteroom which was used for storing the valuables. He stepped out, shook his head as if in rage, pulled his weapon yet again and shot the three Arakanese bandits blocking his path — their eyes were still puzzled as they fell. Given the size of the booty, it should not be shared, Marques reasoned.

Many things needed to be sorted out. He had nearly a hundred Arakanese pirates in his group. There were around thirty of his Portuguese men and twenty or so of mixed nationalities — mostly jail birds and criminals — whom he had recruited as his crew, before the last voyage. Bosky did not for once like the situation. He could not see Mike, who used to feed him every morning. The faces he saw were new and unfriendly. The broken foremast was now oscillating dangerously. Nobody took any notice of Bosky. It was virtually a lateral walk for the Labrador and he reached with ease the nest of the foremast, which was steadily giving way.

Mike could hear yelling. His eyes were hazy and his head was heavy. He tried to concentrate.

Then, in a sudden rush, he recalled everything till the point when he had fainted. He could guess the rest. His hand involuntarily searched for his tobacco case and the musket. Bosky dutifully followed. Many ropes were thrown from different points of the attacking pirate ships, which securely tied the Morning Star. The El Dorado and the ghost ship started pulling the vessel to a secret hiding place. The Arakanese jumped into their boats, having captured the British ship without much bloodshed. Only a handful of their group had either been injured or killed.

All the vessels, big and small, were moving towards the coast and into an opening through the bay. In the meantime, Marques was busy convincing his Portuguese The mere mention of gold brought a look of joy to the faces of the Portuguese, who began dreaming about boisterous partying once they reached the shores. The Arakanese, sailing in their small boats — no larger than catamarans — were sitting ducks for the lantaka-wielding sailors in the two ships.

The Arakanese had no time to react and did not possess any weapons other than axes and cutlasses, which in any case were useless now. They sank into the treacherous depths of the Bay of Bengal.